The Iranian Scholarship Foundation (ISF) originally began as the Iranian Youth Scholarship, which was founded in 2000 by Mrs. Azadeh Hariri under the umbrella of the Iranian Federated Women’s Club (IFWC). In 2005, Mrs. Hariri launched the Iranian Scholarship Foundation, in order to focus the organization’s efforts on the scholarship programs. ISF was formed to fill a critical gap—addressing the educational needs of extraordinarily promising young Iranian-American students who do not have the financial means to pursue higher education and who demonstrate great desire and commitment to devote their skills and talents to the broader Iranian community.

Mrs. Hariri’s vision was to understand the importance of ensuring that the second generation of Iranians growing up in the United States would remember and take pride in their Iranian heritage. ISF firmly believes that the future of the global Iranian community is in the hands of this new generation. It is our conviction that the support we provide to our brightest students today will reflect itself in the service they will one day provide for millions of Iranians around the world.

Since its inception, ISF has grown to become one of the most respected community service programs in the Iranian community in the United States. In the program’s early years, many students were not aware that such a scholarship even existed; now despite our increasingly rigorous criteria for accepting applications, each year we receive hundreds of scholarship applications.

We are invested in ISF students from the moment they get the scholarship and are available to them for mentorship and advice forever.
Mrs. Azadeh Hariri
Chair & Founder of ISF, Business Owner and Philanthropist 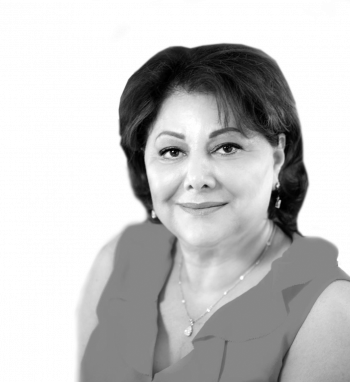 SUPPORT Us ON AMAZON